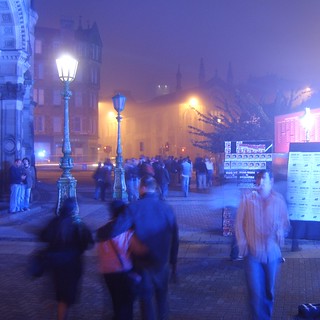 I’m not a nationalist. I thought I should get that out of the way at the start. I don’t think nation states are a good thing to base political structures around, and I was raised to view expressions of patriotism with deep suspicion. What I am is a localist, or a decentralist. Concentrations of power breed corruption and indifference, and they cannot help but disempower individuals and communities. There may be justifications for that, but the presumption should always be in favour of decisions being made as close as possible to the people affected by them.

So I would want to hear some good reasons why it was a good idea for Scotland to be ruled from Westminster before I’d accept that it should be. I have never really heard any*. The closest I’ve known anyone to come up with is that it’s just so much easier staying with the status quo, and radical change is so unpredictable. It would be, and it is. But the status quo is a train wreck, and profound change is the only thing that can get us out of it, however scary that might be.

As an experiment in representative democracy, the parliament at Westminster is a failure. That is, it is neither representative, nor democratic. The British public is overwhelmingly to the left of the main, supposedly left-wing opposition party’s policies on a wide range of issues, and the Scottish public is in many ways well to the left of that. But the mainstream of Westminster politics has an incredible momentum to it, largely thanks to the idiocy of our first-past-the-post electoral system, and Labour is too timid and seemingly too unimaginative to oppose any but the very worst aspects of austerity and capitalist economics. The Green Party is far bolder, constantly pushing for genuine, positive change with well-thought out economic policies, and it’s not beyond the realm of possibilities that Left Unity, or one of those other attempts at grand unification of the left might get somewhere some time, but the system is stacked against them, and the mainstream media make it even harder.

For a long time, my biggest misgiving about Scotland breaking away from the rest of Britain was that it would shift Westminster’s centre of political gravity even further to the right, removing a huge chunk of the support that the Labour Party has been able to take for granted. I don’t worry about that so much any more, because Labour have done so little to justify it in the last twenty years; if losing the Scottish vote helps jolt them out of their complacency, it might even work out for the best for the rest of the UK, too. 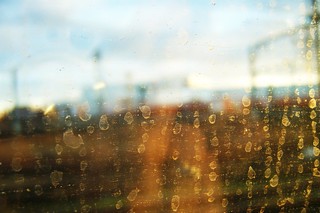 The Scottish independence vote is an opportunity for the people of Scotland not to be ruled by tories ever again, unless its population somehow drifts incredibly much further to the right. It’s also the only chance we’re likely to get, any time soon, to experiment with genuinely different ways of doing things. Maybe those experiments will be abject failures, but so is the political economy we’ve inherited – and either way, it’s about time the people of Scotland got the chance to fail, or succeed, on our own terms.

* The strongest argument I’ve heard for a No vote, in fact, is that the deal currently on the table gives insufficient economic independence to Scotland, leaving control of the currency in the hands of Westminster and the bank of England.