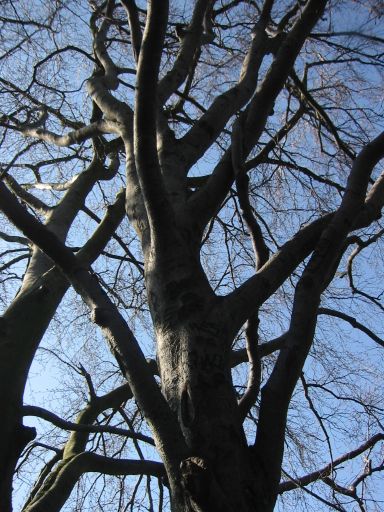 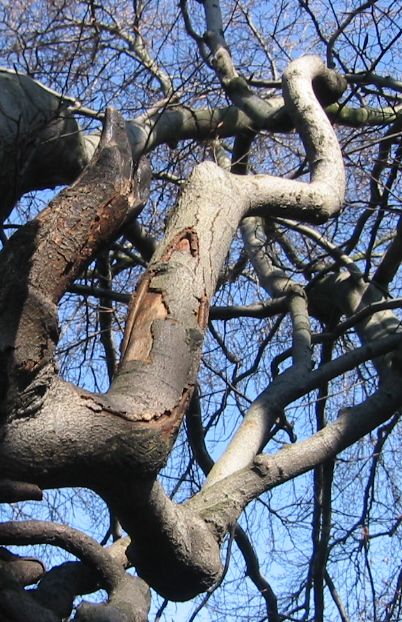 The Beanstalk is one of several trees on Hampstead Heath with fairly well-known names. An enormous beech tree towering over the other trees in a thicket by a pond, it's easy to see how the Beanstalk got its name when you reach its lower branches and see the expanse of tree still stretching above you, with branches every few feet meaning that there is always another handhold above you in arm's reach. There is plenty of easy climbing in the lower reaches and in the middle of the tree, and enough comfortable places to sit to support a medium-sized gathering. Shooting out from the main trunk are four or five subtantial limbs, each of which provides a progressively more challenging climb as you approach its extremes. From the highest points, the view of the Heath is stunning. 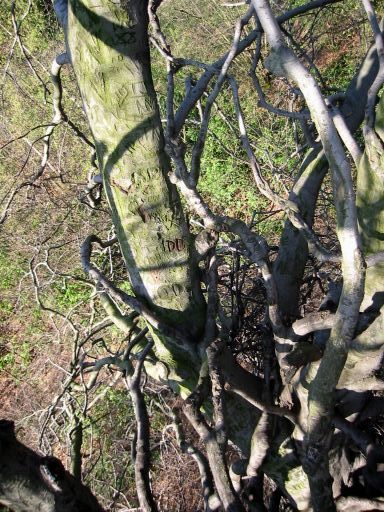 If ever there was an argument for the intelligence of plant life, the Beanstalk is it; it is easy to imagine that its amazingly climbable branches, often reaching from one part of the tree to merge with another and provide a convenient bridge, are the result of careful design. Either way, the rejoining branches and the variety of good climbs that are possible are extraordinary. 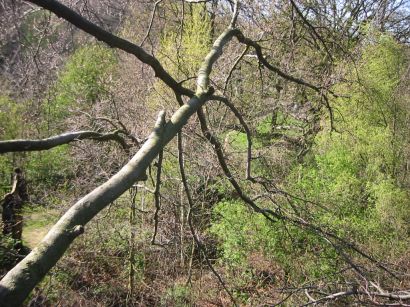 As with many trees, the hardest part aside from the topmost branches is getting up in the first place. There are two possible approaches; on one side a thick, relatively short branch stands about eight feet off the ground, with another branch a foot or so above and to one side of it. If you can jump to grab that, walk yourself up the trunk a little and then get a hold of the next branch up with either your hands or feet, then you're in. This is the easiest route if you're a pretty good jumper (or you can get a leg-up, or find a handy log to stand on) and you can rely on your upper body strength to pull yourself up. The alternative route involves pulling yourself onto a longer branch which dips down to about six feet up, and then shimmying along it until you get to a handhold.

The Beanstalk has had a long and busy history; hundreds of stories about it must have been told and forgotten. They say that the nineteenth-century highwayman Dick Turpin made his hideout around here for a while; the tree must already have been an impressive sight in his day. I have heard tell that somewhere, there is a photograph of Led Zepellin up this tree, and Jimi Hendrix is said to have visited. Like all the best trees, the Beanstalk must have had many names; I know a man who knew it as the Rupert the Bear tree in his youth... 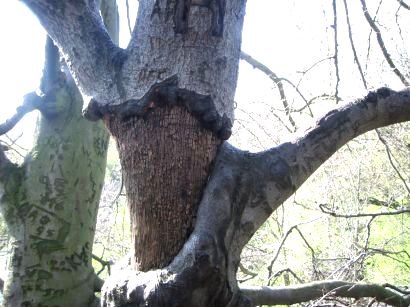 Dozens, if not hundreds of knife-happy climbers have etched their marks into the bark since at least to the early part of the Twentieth Century: Initials, names of lovers, favourite drugs. In this one spot the decay caused by somebody's graffiti has spread right one of the main stems of the tree, killing the branches above it. It will be removed by the Heath's caretakers soon; for now it is supported by other branches further up.

There are two main paths to the Beanstalk. One of them leads directly away from the playing field with the pagoda, by the drinking fountain, into the undergrowth in between two larger paths. The other branches off from a path by the pond, next to the bridge which crosses it. 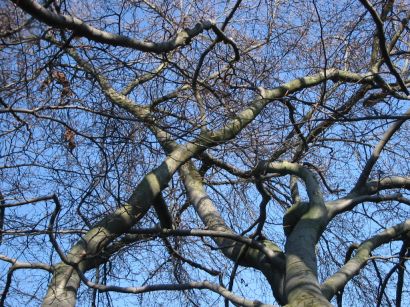 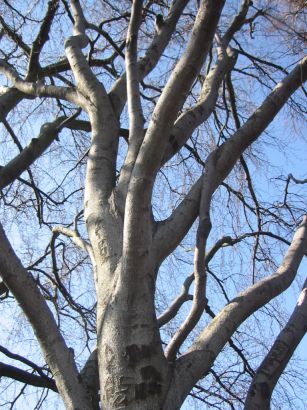 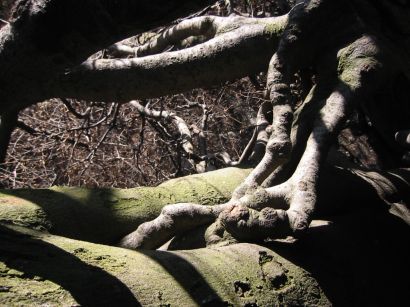 It is an array of point weights, each free to move on one axis, and each attracted to the weights on either side in proportion to their distance. The two ends are linked together, and the default display is polar.

A sinusoidal driving force is applied to one of the weights, or the user gives it a twang, and the vibrations propagate around the ring and back... if the driving force is at a resonant frequency the waves get ever-bigger, else they wax and wane. 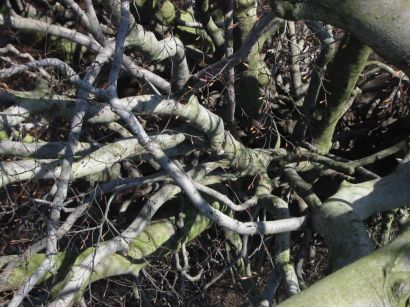 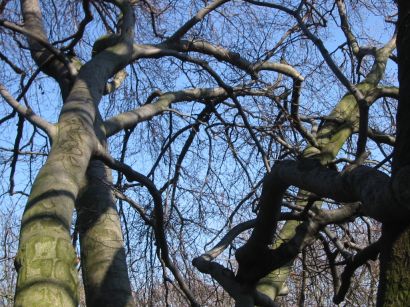 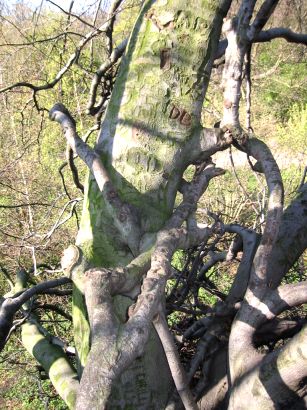 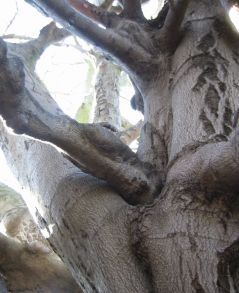 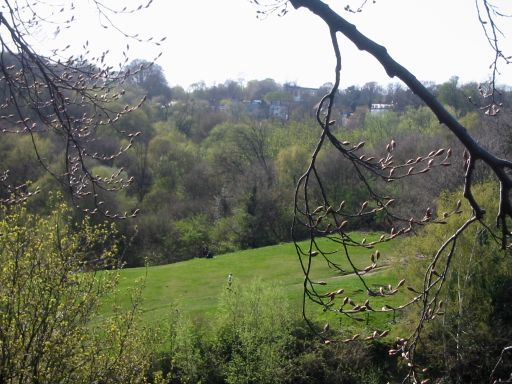